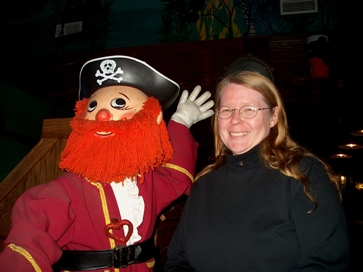 Happy Valentine's Day! And now...
CONTINUING THE INTERVIEW WITH NOVELIST CINDY VALLAR…(and don't forget to post a comment for either a print or e-book copy of Cindy's book - there will be two winners!)

While in college, I saw an episode of Walt Disney’s Wonderful World of Color. Disney always introduced the show and gave background, and this particular episode involved a gentleman pirate named Jean Laffite. Little was known about this man who played an instrumental role in helping the Americans win the Battle of New Orleans, and I’d never heard of him in any of my history classes. The unknown or mysterious always fascinated me, so I started researching Laffite and pirates. I had an idea for a novel, but needed more information. Many years later, I’m working to finish that story.

When I decided to pursue writing full time, I knew I needed some publishing credits. An online database was looking for people to write for them. I wanted to do a column on Scotland, but several other people were already doing that. The only other subject I knew about that allowed me to write for a long period of time was maritime piracy, so I became the editor of Pirates and Privateers. At the time I had no idea how popular a topic pirates were or that there was little reputable material available online about them. Six years ago, I moved Pirates and Privateers to my website for greater creative control without a lot of advertising. Since then, Pirates and Privateers has blossomed. I publish a monthly article on a piracy topic; I review the latest fiction and nonfiction books; I recommend the best pirate sites on the web; and I inform readers about places to visit that are tied to pirates. My readership is worldwide, and I’m asked to speak and teach about pirates to writers and readers throughout the U.S.

You also run an editing service. What advice do you have for writers?

I edit manuscripts for aspiring authors and authors already published. No matter how polished an author believes his/her work is, it usually needs an editor’s touch to make it the best it can be. When I look at a client’s manuscript, I do so through a variety of eyes – the editor’s, the writer’s, the reader’s, and the reviewer’s.

Always let someone else read your manuscript before you submit it to an agent or publisher. As a writer, you’re too familiar with the story and characters and even though a word may be missing, you tend to read that word into the sentence because it’s supposed to be there. A fresh pair of eyes sees what has become invisible to the writer’s eyes because of the number of times the writer has read the manuscript. Someone unfamiliar with the story will see things you won’t and that person can also point out where he/she doesn’t follow the storyline. 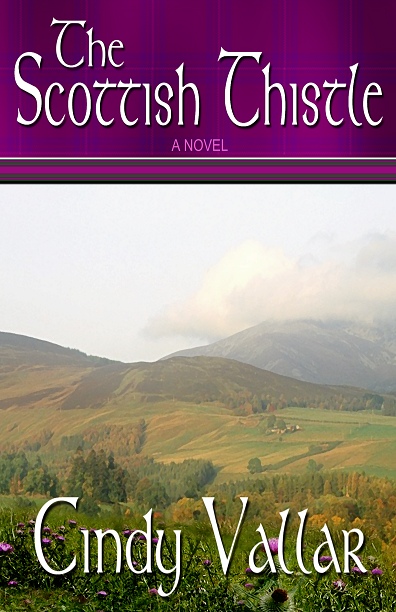 Any advice for aspiring novelists?

Never give up. No matter how rocky the road gets, if this is what your dream is, pursue it. Sometimes dreams do come true.

Develop a tough skin. All authors need to do this because you can’t take reviews and criticism personally.

So true. Any last words?

While you wait for your dream to come true, keep writing and do some research into the business side of writing. I learned this aspect after I got the contract and I wasn’t prepared for how much time marketing and business side of writing can take. Oftentimes writing takes a back seat once a book is published. If you know what to expect before it happens, you’re ahead of the curve and can budget your time and money accordingly.


Thanks Cindy! We appreciate you taking the time to talk with us.

(And don't forget to leave a comment to win a copy of Cindy's book!)
Posted by Jill Eileen Smith at 9:42 AM

Well, dadgumit! I'd sure love to win a copy of Cindy's book, but I'm ineligible. Sigh. Guess I'll just have to buy it...

Happy Valentine's Day! This 2 day interview was great! Thank you!

A fellow Pennsylvania Dutch wooman. :) I was born in Lancaster County. And I love Sctoland too! Thanks for taking time for this interview.

Happy Valentine's Day! Thanks for spotlighting another great author!

Just found the blog and am so thrilled. Loved the interview and look forward to more.

Jill & Cindy, that was a wonderful & informative interview.

Your website is great Cindy ... what a wealth of info. And I love the cover of "A Scottish Thistle" (and the excerpt that I read on your website). I'd love to be entered in the contest to win a copy.